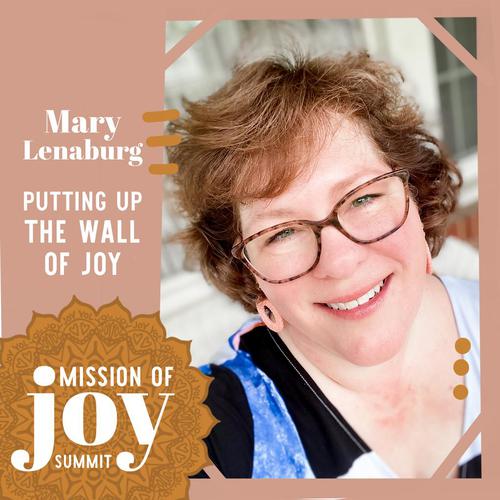 Author
Be Brave in the Scared

Talks covered by this speaker

Putting Up the Wall of Joy: Lessons from Long Term Caregiving + Grief

Have you got yours yet?

Our All-Access Passes are a must if you want to get the most out of this event.

Mary Lenaburg is a full-time Catholic speaker and author of Be Brave in the Scared, which earned a 2020 Excellence in Publishing Award from the Association of Catholic Publishers. Her second book Be Bold in the Broken, was published March 12, 2021.

She has given keynotes at conferences internationally, including The Edel Gathering, the Genius Women’s Conference, the Fiat Conference in Pasadena, CA, Military Council for Catholic Women European Retreat, and at the Women of the Word Conference in Toronto, Canada. A writer with Take Up & Read, her work has appeared in five meditation books. She also has contributed to two other books.

She has appeared on Catholic radio, TV, and podcasts, including The Jennifer Fulwiler Show, EWTN’s Pro-Life Weekly, The Hallie Lord Show, The Gist, Busted Halo, and Fountains of Carrots.

Mary serves her home parish in many roles, including catechist, sacristan, and extraordinary minister of Holy Communion.

Mary and her husband have been happily married for 31 years, finding joy among the ashes having lost their daughter in 2014.

Your logo could go here!

If you'd like to get your brand in front of attendees following the categories this speaker is talking about (on this page, via email and during each talk) contact us.
We use cookies This website (and some of its third-party tools) use cookies. These are important as they allow us to deliver an exceptional experience whilst browsing the site.